Since 1995, when Scotch & Soda began as a 2-piece duo, the band has played in different incarnations. Now a 5-piece, semi acoustic group – our focus is rich harmonies, with our acoustic rock twist; tunes from well-know artists such as The Eagles, America, Bonnie Raitt, Steely Dan, Eric Clapton, Steve Miller as well as deep cuts from lesser known but equally entertaining artists, like Todd Snider, Keb Mo, Macia Ball, and John Hiatt.  We offer diverse styles to please any musical taste! Our aim is F-U-N and we bring it on every time! 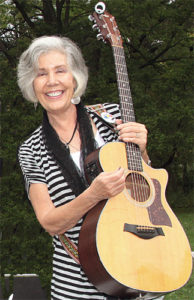 Bette has been singing since childhood and took up acoustic guitar at the age of 13. Born into a musical family, around the dinner table is where Bette & twin sister Barbara first started entertaining. Bette & Barbara have been harmonizing since.

Background credits include a professional touring group (The Brothers & Sisters) in her earlier years, playing venues like Caesar’s Palace, Las Vegas and nationwide state fairs and television appearances. Locally, Bette, along with other Scotch & Soda members, still plays occasionally with other bands but Scotch & Soda is the first love with its rich harmony and new types of music. Previously she worked with Front Page News, News Revue, and the Jammies. 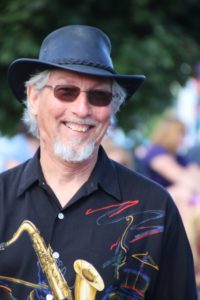 Ray toured with Milton Bullock (of the Platters) playing Wisconsin casinos and clubs, and has performed at the Grand Ole’ Opry. With an R&B sax growl and honkey-tonk keys, and tantalizing vocals, Ray adds a particularly special flavor to “Scotch And Soda”.

Surprise! …Barbara came from the same musical family as Bette! As kids they loved pretending to be on stage and at the tender age four, debuted before an audience at a northern Wisconsin resort talent night, singing “I’m A Little Teapot”. Well, the teapot’s bubbling over and no one’s pretending anymore. With a large family of five kids, Barbara’s pretty pumped that her family is among her best admirers. That keeps the teapot bubbling!

Barbara shares many of the same professional credits of Bette, but Bette neglected to mention they competed for dates with Regis Philbin, Bobby Vinton, and Frank Sinatra, Jr. Barbara got the date with Regis though! 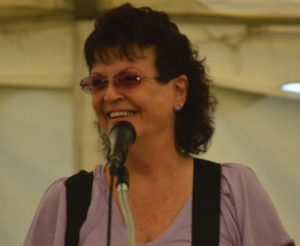 Milwaukee native Carole Hanzel’s musical career and diverse style have taken her across the country. Playing early on in such local jazz and dance bands as Fine Line, The Mai Tais and the Best of Everything, who backed up famous Elvis impersonator Tom Green, Carole demonstrates skill on her instrument as much as versatility in her styles.

Busier than ever, she plays with several venues including her popular 3-piece group, The DV8’s, Drive with Horns, the Tom Sorce Group and miscellaneous others. She’s one busy gal! 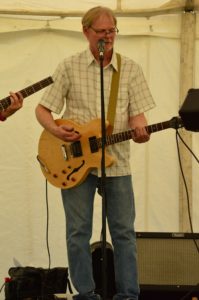 Craig claims to be an old school Rock & Roller who has learned a few manners over the years. We think that’s probably pretty accurate!

He started playing professionally  in the Madison area in the 70s. After raising his kids, he picked up where he left off and started playing the Milwaukee aria in the early 90s.

You may have seen him as he has done just about every Summerfest stage over the years with many bands and artists.

Some claims to fame include: work with some of the classic blues men in the area like Milwaukee Slim, Pee Wee Hayes, Lee Gates, Charles (The Delta Blues Hawg) Haze, and Stokes. Topping that, Craig has done road work with The Charles Walker Band, including opening for Robert Cray at the Barrymore Theater.

Now, he adds his bluesy feel and rock to Scotch & Soda as well as playing with the Lady C in a three-piece group – the DV8’s.